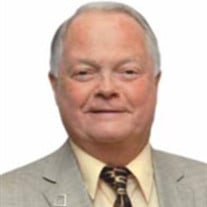 Dr. Edward Karl Schneider age 72, passed away Wednesday March 29, 2017. Karl was born on July 17, 1944 in Canton, He was the son of the late Margaret and Edward K. Schneider. He earned his Bachelor of Science Degree in Chemistry from Mount Union College in 1966, and His Doctor of Dental Surgery Degree from Case Western Reserve University in 1971. Additionally, he completed his general practice residency at Saint Luke's Hospital in Cleveland In 1972. Dr. Schneider pursued oral and maxillofacial surgery residency at The Ohio State University College of Dentistry which he completed in 1975. Dr. Schneider opened his practice in 1996. Dr. E. Karl Schneider Oral and Maxillofacial Surgery in Mentor. He is currently a Diplomat of the American Board of Oral and Maxillofacial Surgeons. Karl was a true serviceman to his local and Professional communities. Dr. Schneider dedicated himself to us all. His services include; Past President of the Ohio Dental Association and served on the Committee for Professional Conduct with The American Association of Oral and Maxillofacial Surgeons, service as Chairman of the Dental Staff with the Lake Health Medical System, volunteering for over 40 years to training residents with the Metro Health Medical Center, 11 years as the Ohio Section Chair for the Pierre Fauchard Academy, and since 2009 he has served as Trustee of the Ohio Dental Association Foundation. Dr. Schneider has been a practicing Oral and Maxillofacial surgeon for over 40 years and lectured annually at Lakeland Community College to the dental hygiene students. He contributed to his community further serving on the Board of Mount Union College, on the By Law Committee for University of Mount Union, Executive Board for Lake County Free Medical Clinic, Board of Trustees for The Phillip-Osborne School, Development Committee for the Andrews School, Honorary Chair for Ohio Small Business Advisory Council, National Republican Congressional Committee. Dr. Schneider served in the United States Naval Reserve as a second-Lieutenant. He has resided in Mentor since 1975 and was a season ticket holder to the Cleveland Orchestra. Dr. Schneider enjoyed the beaches of Lake Erie with his wife Lisa at the Mentor Harbor Yachting Club. He was the proud father of five Children. Dr. Schneider is survived by his loving wife Lisa Faye (Aponte) whom he married on July 16, 1993, Children Kurt W. (Lori) Schneider, Keith M. (Crystal) Schneider, Amy M. (James) Luxbacher, Brittany A. Mendez, Korey Schneider. Grandchildren: Abigail, Anna, Sarah, Calista, Keith Jr., Audrey, Alden, Giovanni. Visitation will be held Sunday 2:00 - 8:00 PM at the Potti Funeral Home 1009 Mentor Ave. Painesville, Ohio. Funeral Services will be at 10:00 AM Monday April 3, 2017 at the Mentor Harbor Yachting Club 5330 Coronada Drive Mentor, Ohio 44060. Burial will be at Knollwood Cemetery. Contributions may be made to The Presidents Rescue Fund in care of University of Mount Union 1972 Clark Ave. Alliance, Ohio 44601 or the Pierre Fauchard Academy Oral Health Foundation 11654 Plaza American Drive # 901 Reston, Virginia 20190. (Dr. E. Karl Schneider served as Ohio Section Chair).

Dr. Edward Karl Schneider age 72, passed away Wednesday March 29, 2017. Karl was born on July 17, 1944 in Canton, He was the son of the late Margaret and Edward K. Schneider. He earned his Bachelor of Science Degree in Chemistry from Mount... View Obituary & Service Information

The family of Dr. Edward Karl Schneider created this Life Tributes page to make it easy to share your memories.

Send flowers to the Schneider family.